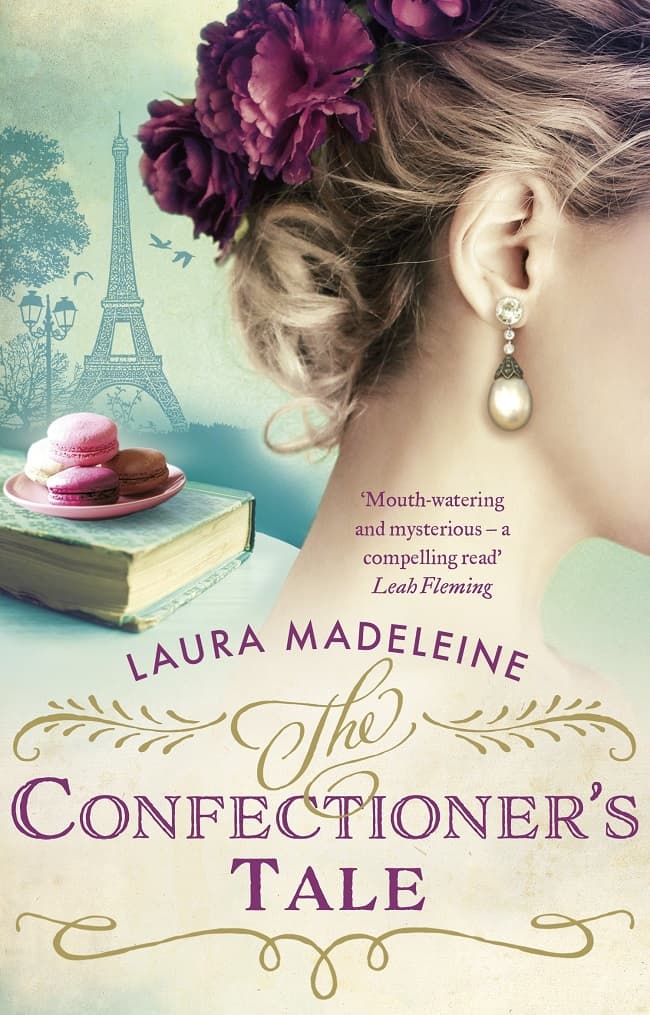 “At the famous Patisserie Clermont in Paris, 1909, a chance encounter with the owner’s daughter has given one young man a glimpse into a life he never knew existed: of sweet cream and melted chocolate, golden caramel and powdered sugar, of pastry light as air.

But it is not just the art of confectionery that holds him captive, and soon a forbidden love affair begins.

Almost eighty years later, an academic discovers a hidden photograph of her grandfather as a young man with two people she has never seen before. Scrawled on the back of the picture are the words ‘Forgive me’. Unable to resist the mystery behind it, she begins to unravel the story of two star-crossed lovers and one irrevocable betrayal.”

I stumbled upon this book, in a charity shop I think, and it was a very happy discovery! It has a really good plot with a mystery spanning almost a century; it has love and romance, and it has fantastic scenes in a very busy Parisian patisserie kitchen in the early 1900s.

I’ve always loved Paris and been quite enchanted by its glamour and the bustling cafe scene and this novel took me straight there.

I also love that the author shares a surname with those little French shell-shaped cakes! I wonder if that inspired her setting for the story.