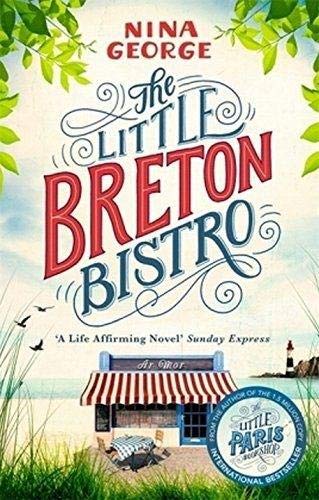 “Marianne Messmann longs to escape her loveless marriage. On a trip to Paris, she throws herself into the Seine, but is rescued by a passer-by. While recovering in hospital, Marianne sees a painting of a beautiful port town and decides to embark on a final adventure.

Once in Brittany, she befriends a host of colourful characters who gather in a seaside bistro called Ar Mor. Among food, music and laughter, Marianne discovers a new version of herself – passionate, carefree and powerful. That is until her past comes calling . . .

The Little Breton Bistro is a captivating love letter to second chances.”

I love the premise of this book – spotting a picture of somewhere and deciding that’s where you’ll go! And it was a good read but there wasn’t as much focus on the food and the bistro as I would have hoped from the title. I did find the bits about Breton food and culture interesting because I wasn’t aware of how distinct it is as a region.