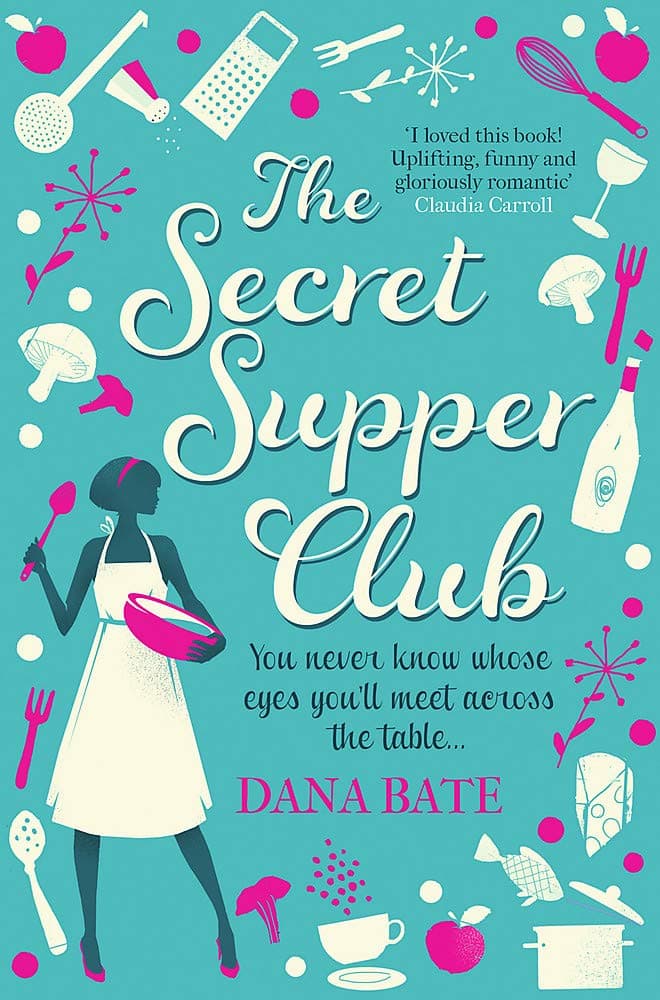 “Starter: If twenty-six-year-old Hannah Sugarman had her way, she’d be whipping up carrot cakes and running her culinary empire. Instead, she spends her hours cooking up papers on the financial crisis. It doesn’t help that no one in her life takes her passion seriously – not even her boyfriend.

Main: When her relationship implodes, Hannah decides to jump-start her life by hosting a secret supper club out of her landlord’s flat. Her underground operation presents some problems. Running an unlicensed restaurant out of someone’s home is not, technically speaking, legal.

Dessert: As the success of Hannah’s supper club grows, so do the number of secrets she is forced to keep. Can Hannah keep her pop-up restaurant underground? When mysterious guests turn up for dinner, can she handle the heat? Or will she have to step out of the kitchen?

A charming romantic comedy, The Secret Supper Club is a story about finding yourself, fulfilling your dreams, and falling in love along the way.”

I liked that this book was set in the US, Washington DC to be precise. I love America and have visited there a lot so reading books set there brings back lots of happy memories and I can imagine the setting.

I think I also identified with the main character because I spent a long time in a 9-to-5 job yearning to do something else and running a supper club was definitely something I considered at times. With hindsight, I wish I’d had the bottle to do it at a time when ‘underground’ supper clubs where quite the thing.