This courgette (or zucchini if you’re in America) and sweetcorn soup is quite a new discovery.  It’s so easy but so good.  I was planning on making a courgette, potato and sweetcorn chowder a few weeks ago but when I got the potatoes out they were well past their best and this is what I ended up making instead.  It’s a very simple recipe so I was pleasantly surprised by how nice it was and I’ve just made it again for my lunch and it was as good as I remembered. 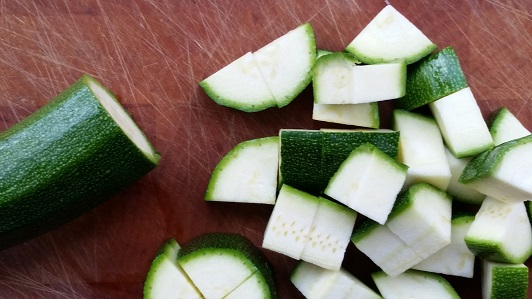 If you’re unconvinced by the idea of a courgette-based soup, give it a try.  I was introduced to it by my friend Tara and the first time I had it I was amazed by how much flavour and body it has (I think of courgettes as being quite a watery vegetable).  The addition of sweetcorn makes it even more substantial but you could skip the sweetcorn if you don’t like it or you want something lighter.  People who grow their own veg often find themselves with too many courgettes at the end of the summer so this would be a useful recipe then. 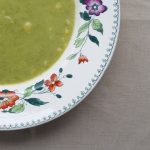